Vol. 54 No. 3 Suppl., 2013
This supplement was not sponsored by Outside Organizations.

The assessment of MMPs/TIMPs expression in various primary tumors has potential prognostic values. Considering the paucity of studies in secondary liver tumors, our aim was to study the expression of MMP2, MMP9, TIMP1, and TIMP2 in secondary hepatic cancer, focusing on their variability in the malignant cells. The study group included 25 cases of liver metastases of colorectal cancer, diagnosed and surgically treated at "Sf. Spiridon" University Hospital of Iassy, Romania. Immunohistochemistry for MMP2, MMP9, TIMP1, and TIMP2 has been performed, followed by the semi-quantitative assessment of the markers using a scoring system based on the positive tumoral cells percentage and the staining intensity. The expression of investigated markers revealed an increased staining variability. The scores showed that MMP2/TIMP2 and MMP9/TIMP1 immunoreactivity was extremely heterogeneous within the analyzed group, with a dominant weak expression for MMP2 and MMP9, in contrast to strong TIMP2 and TIMP1 expression. Ten different patterns of expression of the investigated markers have been identified. No major differences between the expression of MMP2 (14 positive cases) and MMP9 (16 positive cases) could be detected. Our results sustain the inverse correlation between MMP and the correspondent TIMP expression, supporting the hypothesis that MMPs/TIMPs balance has mainly an inhibitory effect on invasiveness. Our study demonstrated that tumoral cells are adapted to MMPs:TIMPs production in the liver microenvironment. The lack of significant differences between MMP2 and MMP9 expression shows that the activity of both MMPs is independent, without reciprocal influences.

In this study, we analyzed the microvessel density (MVD) for CD105+ and alpha-SMA+ vessels and the VEGF immunoexpression in 38 gastric carcinomas. CD105+ MVD had superior values at the advancing edge compared with the intratumoral area, no matter of the analyzed clinico-pathological parameters, the difference being significant only in intestinal type, moderate differentiated carcinomas as well as in T2-T3 carcinomas, without lymph node metastases (p<0.05). Intratumoral expression of CD105+ MVD indicated significant differences related to histological type (p=0.006), depth of invasion (p=0.027) and lymph node metastases (p=0.009), but without statistical association in case of the advancing edge or metastases. The assesses of alpha-SMA+ MVD indicated no differences between intratumoral and advancing edge areas, no matter of the analyzed parameters, excepting intestinal type carcinomas, which presented significant high values (p=0.003) at the advancing edge. VEGF score revealed significant differences related to histological type (p=0.020), differentiation degree of the intestinal type carcinomas (p=0.036) and depth of invasion (p=0.049). In case of metastases, the levels of VEGF expression were higher in the primary tumor, without statistically significant differences (p>0.05). It were significant differences of intratumoral VEGF expression depending on CD105+ MVD values (p=0.019), but not with alpha-SMA+ MVD (p>0.05). Angiogenesis evaluated through the VEGF and MVD (CD105+ and alpha-SMA+) expression is correlated with the progression and metastasis of gastric cancer and could be considered a prognostic marker of these tumors. 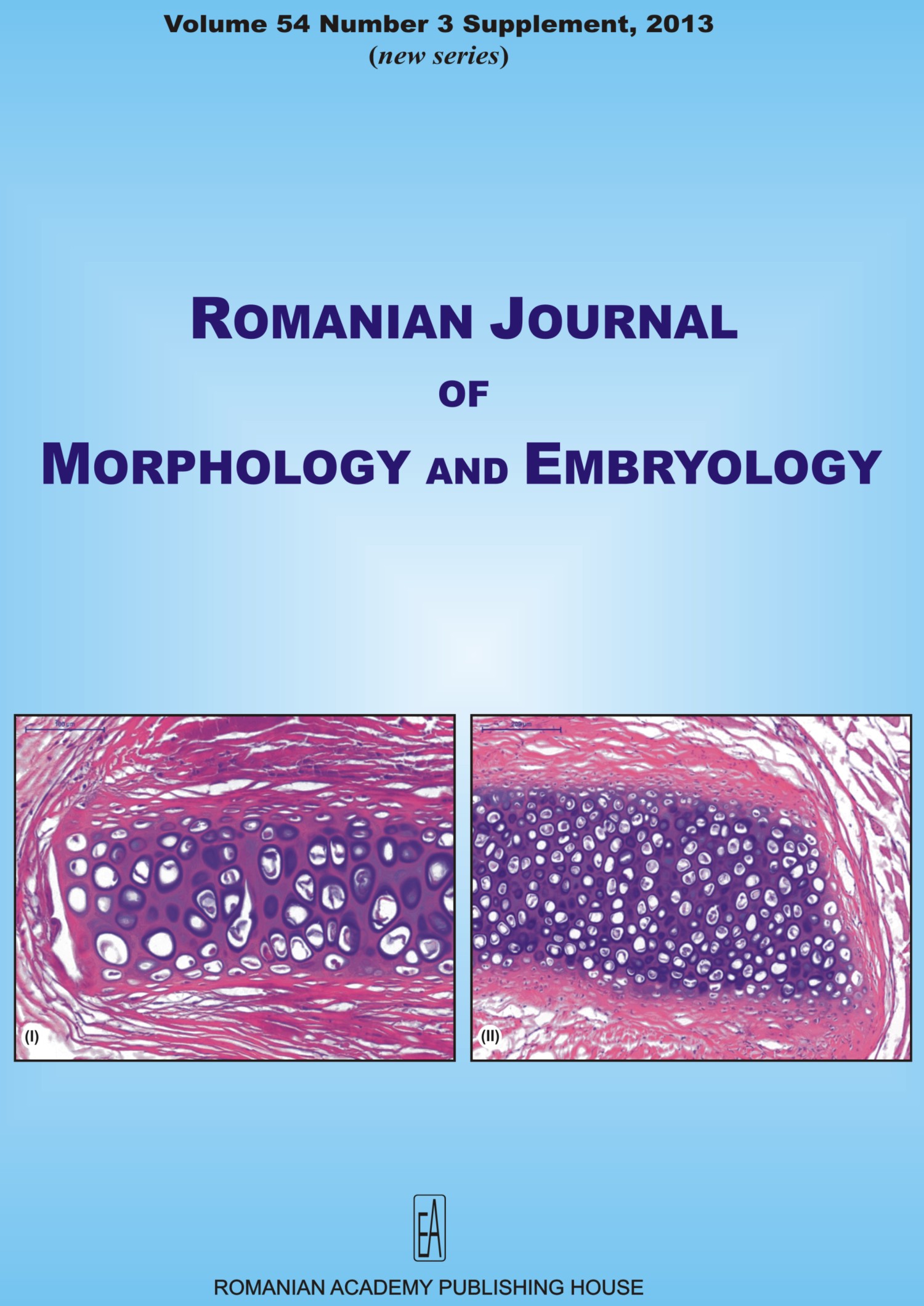