Cannibalism in a benign soft tissue tumor (giant-cell tumor of the tendon sheath, localized type): a study of 66 cases

Cellular cannibalism refers to a phenomenon where a living cell is phagocytosed into a tumoral cell, where it eventually dies. With the exception of cells in suspension, cellular cannibalism has only been observed with malignant tumors. The finding of occasional images of cannibalism in our daily biopsies of giant cell tumors of the tendon sheath led us to examine this phenomenon further in a retrospective study of 66 cases from our archives. In each case, four morphological features were evaluated: evidence of giant cells, cannibalism, xanthomatous cells, and hemosiderin deposits. Five cases were randomly selected for further immunohistochemical study with the following antibodies: CD68, vimentin, leukocytary common antigen (LCA), Bcl-2 oncoprotein, p53, caspase-3, and Bax. Patients included 35 (53.03%) females and 31 (46.97%) males. Mean age was 50.73 years (range from 14 to 75 years). Giant cells were found in all cases but one (98.48%). Cannibalism was found in 56 cases (84.34%) and this phenomenon was graded as 1 in 35 cases, 2 in 13 cases, and 3 in six cases. The internalized cells frequently appeared apoptotic. Immunohistochemical analysis revealed that the internalized cells as well as the cannibal cells expressed CD68. 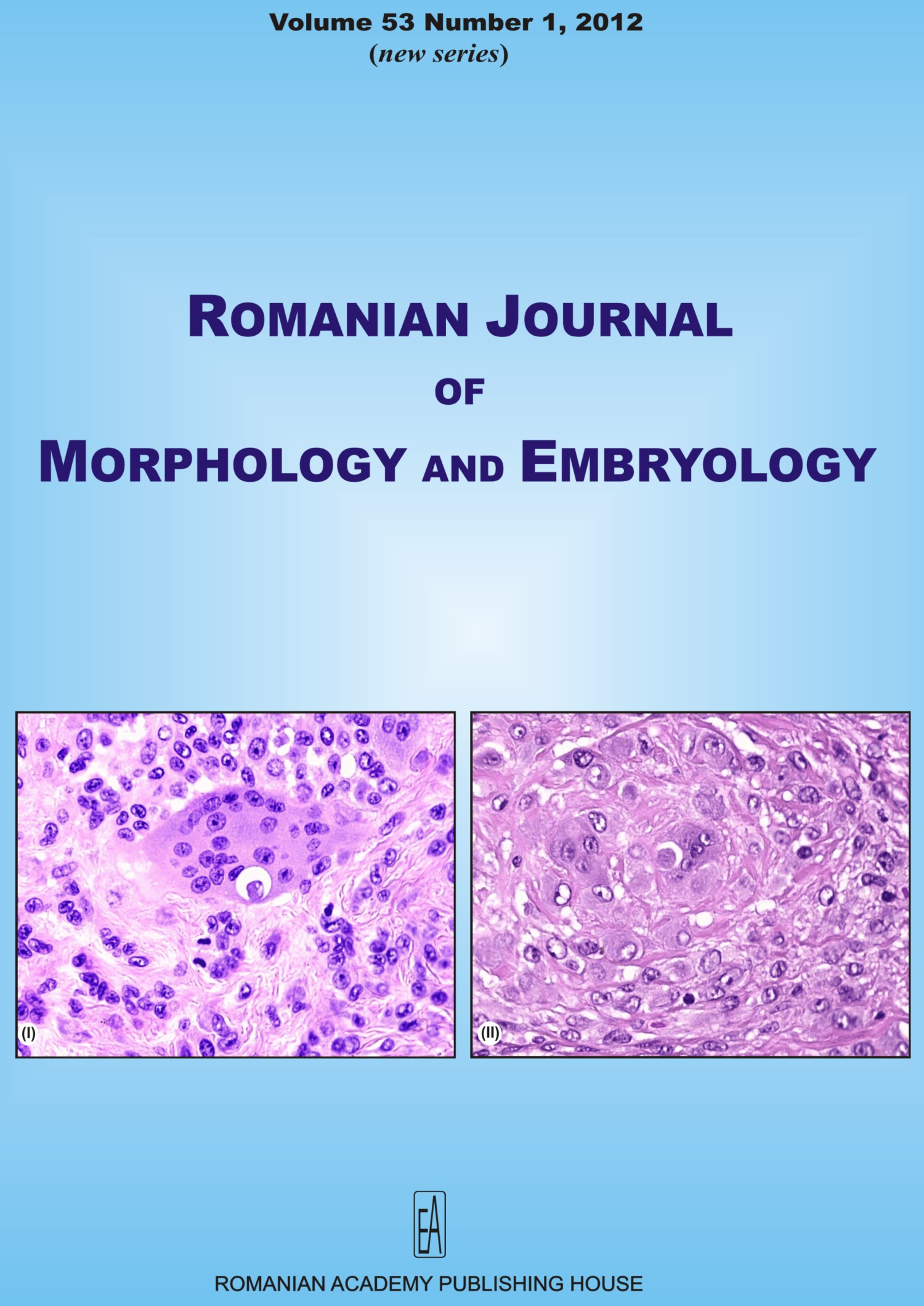